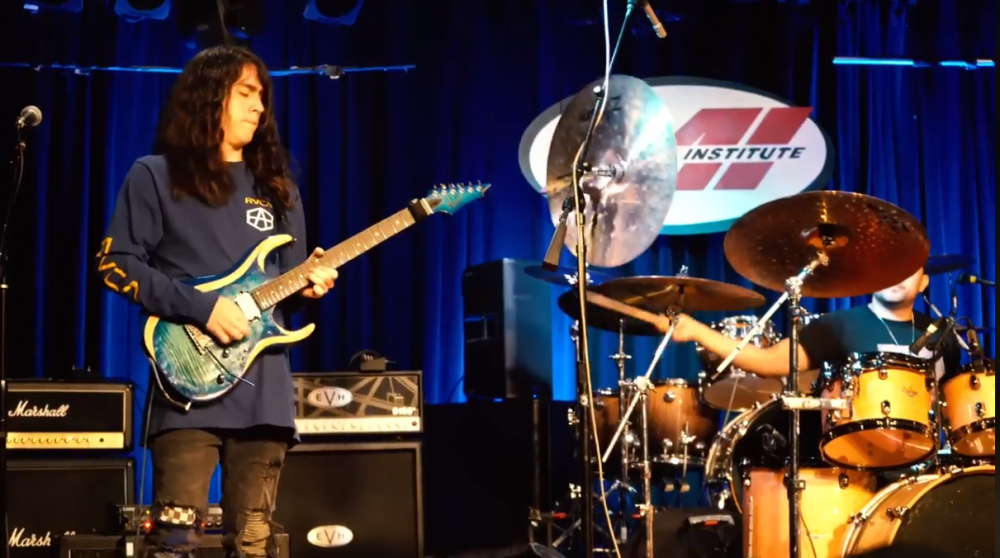 Cort electric guitar artist and prog-metal-fusion virtuoso Hedras Ramos conducted a rousing clinic and concert event at the Musicians Institute Concert Hall on April 22 in Hollywood, California. Presented as a special in-house event exclusively for MI students, this event was sponsored by Musicians Institute in conjunction with Cort. Besides a master class by Hedras, Cort guitars were provided for students to test as well as use on jam sessions. 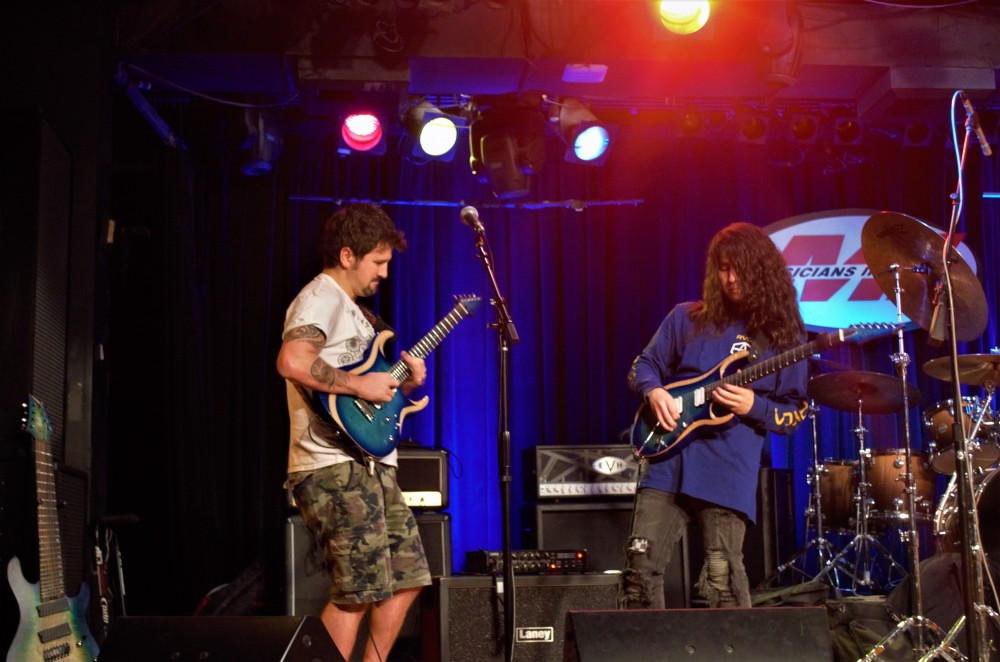 For this event, Hedras used Cort’s new X700 Duality and the KX508MS multi-scale 8-string guitars with session musicians Anthony Crawford on bass and Andy Prado on drums. Hedras’ main guitar was the X700 Duality that was introduced at the 2019 NAMM Show and which was developed with the younger Millennial generation in mind in visual design and an emphasis on producing great organic tone.

Featuring materials and appointments typically found on much more expensive “boutique” guitars, the X700 Duality also features a striking two-tone color finish and body contour, Illuminlay position markers on the neck and an overall aesthetic that will appeal to today’s younger players who seek to stand out from the crowd. Besides the visuals, this model also provides superb tonal versatility with the Seymour Duncan SH2N and TB4 humbucker pickups and special 5-way wiring, solid steel bridge and stainless-steel bridge saddles for a solid yet luxurious feel as well as a powerful and punchy acoustic sonic character. 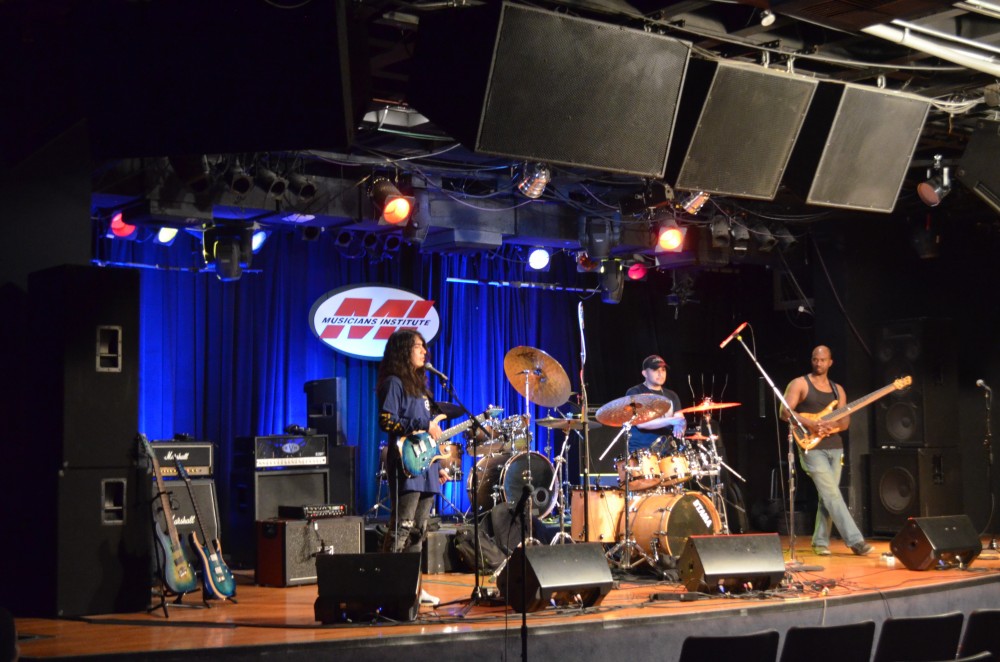 Hedras recently (May 1) embarked on a month-long tour of the US that started in Hollywood and will culminate in Dallas as a featured artist along with Sarah Longfield to support the headliner Felix Martin. This tour promises to be a great opportunity for Hedras to showcase his formidable technical command of the guitar as well as his continually developing musical talents to American music fans.