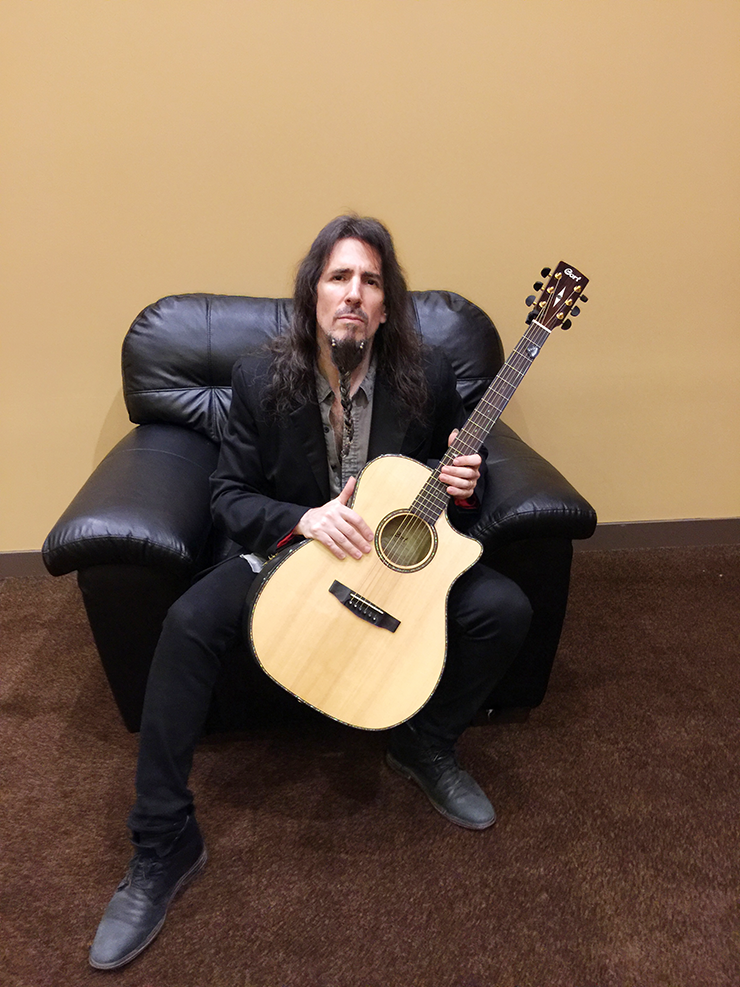 The always-innovative world-class guitarist Ron ‘Bumblefoot’ Thal recently had a chance to try out our new Cort GA-MY Bevel acoustic guitar. While Ron has been touring and performing intensively with his Cort Gold-A6 for a while, the opportunity to try out a new bevel guitar from Cort was not something he could pass up. Here is his take on the GA-MY Bevel:

Cort - What were your first impressions on the Cort GA-MY Bevel Acoustic Guitar?

Ron - First thought: Just seeing it was 'What a classy way to have the bevel, the emphasis complements the body.' Then the first strum – a beautiful combination of lively and warm. After a few moments, 'This is very comfortable on the fingers' and a sense of relief – I won't be fighting the guitar to play my best, the guitar will help me get there.

Cort - Is the bevel an appealing design to you? How is it ergonomically?

Ron - Gone will be the days of having a big red line indented into your arm...! It's an improvement to guitar design, one I hope we'll see often in Cort acoustic guitars.

Cort - Since this guitar’s sides and back are Myrtlewood, any significant tonal characteristics that’s different from your original Gold –A6?

Ron - I love both guitars, the Gold A6 and the GA-MY Bevel, they both feel and sound GREAT :)  The GA-MY is definitely an honest sounding guitar, in a good way – it's clear, unmuffled, with pure guitar tone. As soon as your hands are on it you want to keep playing, you like what you hear.

Ron - The electronics complement the guitar well, there's a blend that sounds right for every scenario – heavy strumming, soloing, softer fingerpicking, alone or to cut through a wall of sound...

Ron - I'm touring as lead singer/guitarist of Asia until the end of July, have the live Sons Of Apollo video being released in August, then hoping to do another 'Bumblefoot Music Camp' in September followed by international touring including acoustic shows, clinics, one-man storyteller shows, full band shows... been doing TV & videogame music, producing bands, and have started releasing instrumental singles, currently finishing the next Sons Of Apollo album, to be released Jan 2020.

Please stay tuned to CortGuitars.com for more updates on upcoming events by Ron! 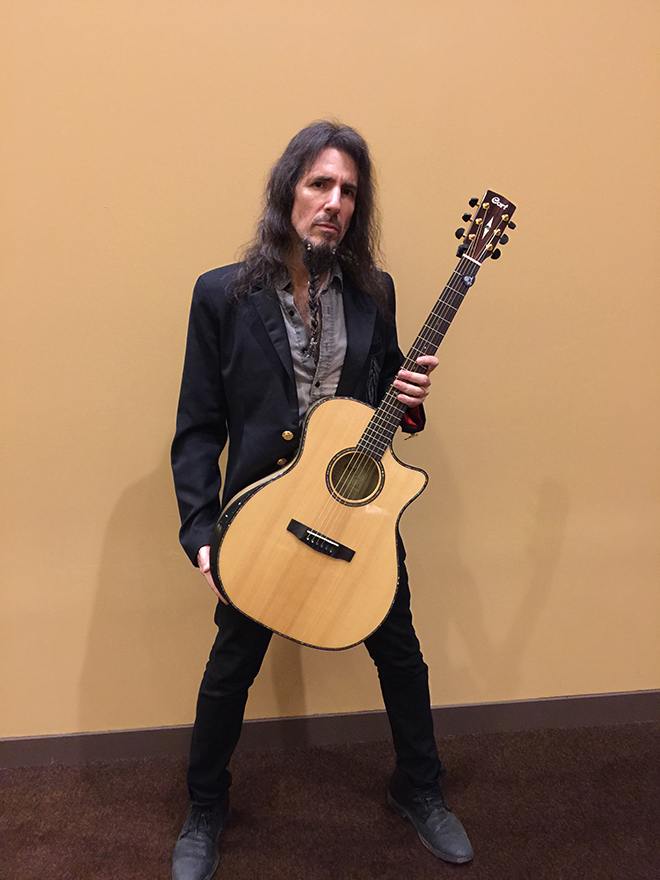